Here is the gorgeous cover for The Eighth Court (Courts of the Feyre 4) by Mike Shevdon. The cover art is by John Coulthart. 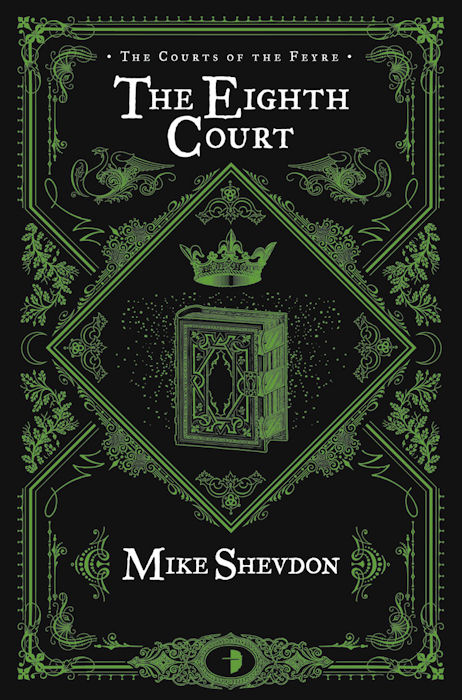 The Eighth Court has been established, but petty rivalries and old disputes threaten its stability. The mongrels that make up the court are not helping, and Blackbird enlists the help of the warders to keep the peace.

Has Blackbird bitten off more than she can chew, and can the uneasy peace between the courts continue under such tension and rivalry?

File Under: Urban Fantasy [ A New Dawn | Uneasy Alliances | Eight Into One | End Of An Era ]

The Prior Novels in the Courts of the Feyre 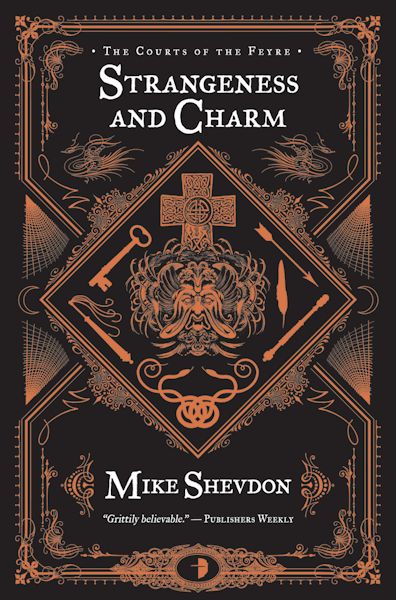 The Courts of the Feyre, Vol III

Alex has been saved from the fate that awaited her in Bedlam, but in freeing her, Niall has released others of their kind into the population. Now, as Warder, he must find them and persuade them to swap their new-found liberty for security in the courts – but is the price of sanctuary to swap one cage for another?

The Road to Bedlam
The Courts of the Feyre 2
Angry Robot, October 26, 2010 (US/Can)
Mass Market Paperback and eBook
(The edition with this new cover was published on May 29, 2012) 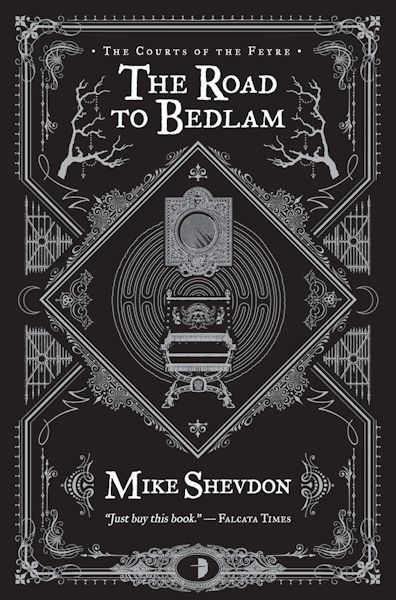 “There’s been an accident. It’s your daughter.” These are the words no parent ever wants to hear.

Learning to cope with the loss of a child is only the beginning of the new challenges facing Niall Petersen. An old enemy has returned and Niall already knows it’s not a social call.

As the new Warder of the Seven Courts he will be forced to choose between love and honour, duty and responsibility.

Those choices will lead him to discover dark secrets at the core of the realm, where the people in power have their own designs.

Sixty-One Nails
The Courts of the Feyre 1
Angry Robot, August 31, 2010 (US/Can)
Mass Market Paperback and eBook
(The edition with this new cover was published on May 29, 2012) 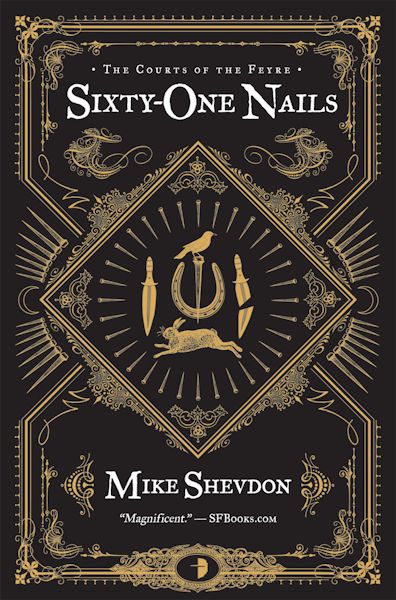 There is a secret war raging beneath the streets of London.

A dark magic will be unleashed by the Untained… Unless a new hero can be found.

The immense SIXTY-ONE NAILS follows Niall Petersen, from a suspected heart attack on the London Underground, into the hidden world of the Feyre, an uncanny place of legend that lurks just beyond the surface of everyday life. The Untainted, the darkest of the Seven Courts, have made their play for power, and unless Niall can recreate the ritual of the Sixty-One Nails, their dark dominion will enslave all of the Feyre, and all of humankind too.

Labels: Courts of the Feyre, covers, Mike Shevdon, Sixty-One Nails, Strangeness and Charm, The Eighth Court, The Road to Bedlam
Email ThisBlogThis!Share to TwitterShare to FacebookShare to Pinterest