The celebration of SPAWN’s 300th and 301st issues is just beginning. More art and cover reveals will be shared over the coming weeks as the road to comic book history nears its destination.

SPAWN is currently being adapted for film—a gritty, R-rated reimagining—which will mark Image President, co-founder and SPAWN creator, Todd McFarlane’s film directorial debut. McFarlane, an Emmy/Grammy-winning producer/director is also on board as screenwriter and producer.

SPAWN sold an unprecedented 1.7 million copies at the time it was released and is one of the world’s best-selling and longest-running monthly comic books, with hundreds of millions sold worldwide in more than 120 countries, and 15 different languages.

The comic became an Emmy Award-winning animated series on HBO and a New Line Cinema feature film that grossed more than $100 million. McFarlane went on to direct and produce award-winning and critically acclaimed projects for top movie studios and record labels. 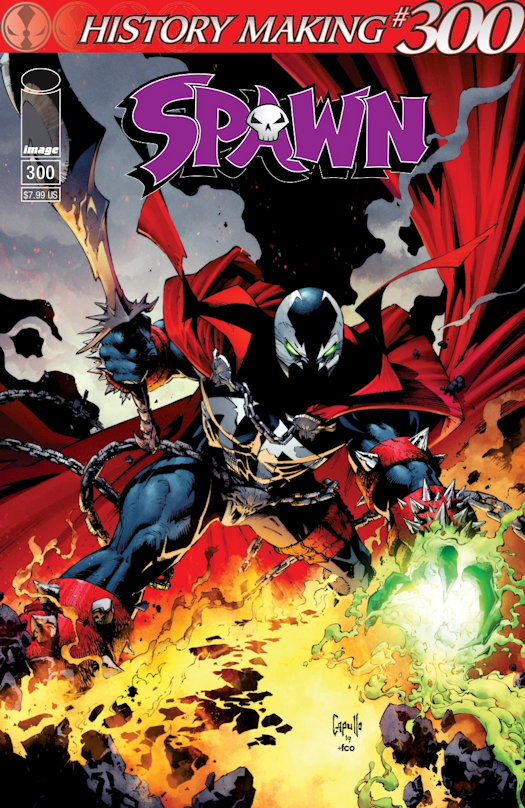 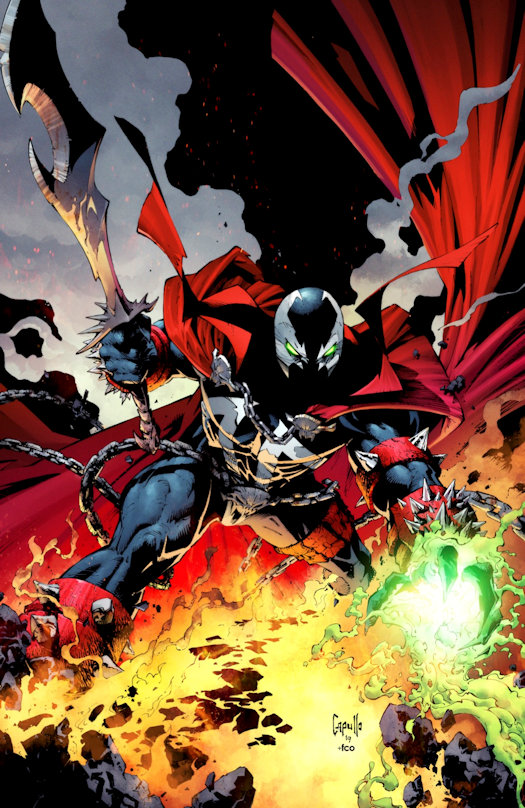 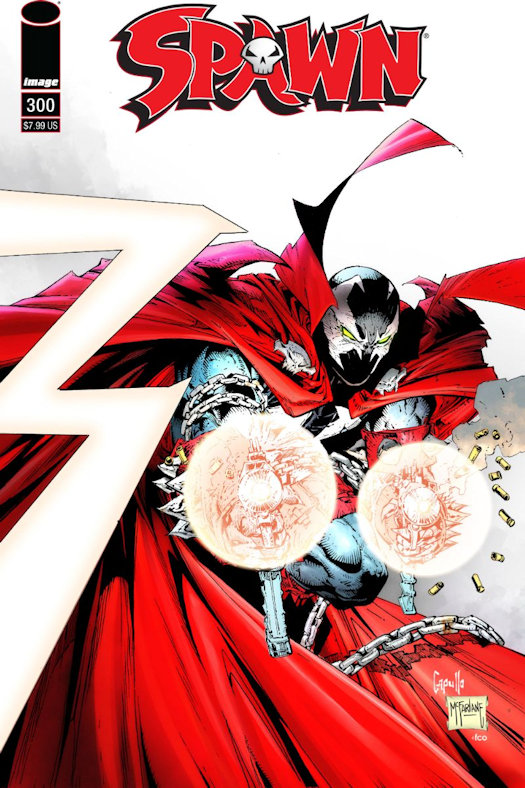 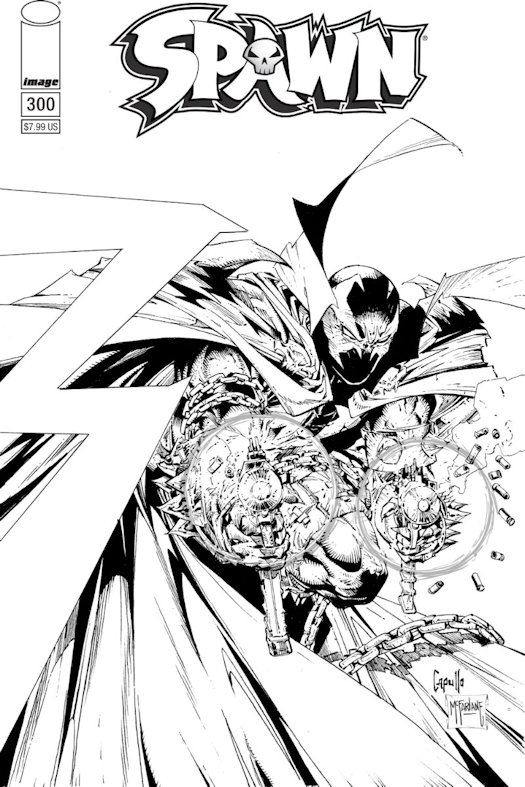 ABOUT IMAGE COMICS
Image Comics is a comic book and graphic novel publisher founded in 1992 by a collective of bestselling artists. Image has since gone on to become one of the largest comics publishers in the United States. Image currently has six individuals on the Board of Directors: Robert Kirkman, Erik Larsen, Todd McFarlane, Marc Silvestri, Jim Valentino, and Eric Stephenson. It consists of five major houses: Todd McFarlane Productions, Top Cow Productions, Shadowline Comics, Skybound Entertainment, and Image Central. Image publishes comics and graphic novels in nearly every genre, sub-genre, and style imaginable. It offers science fiction, fantasy, romance, horror, crime fiction, historical fiction, humor and more by the finest artists and writers working in the medium today. For more information, visit www.imagecomics.com.
Posted by Qwill at 6:00 AM